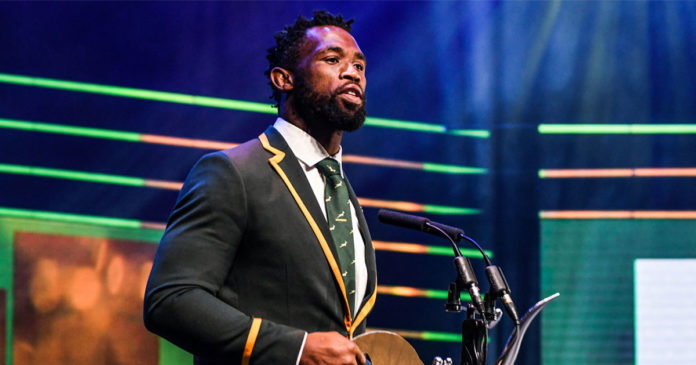 Rassie Erasmus and Siya Kolisi capped a brilliant year for the Springboks by walking away with two coveted SA Sport Awards in Durban on Sunday evening, a week after they won the Rugby World Cup and cleaned up at the World Rugby Awards in Japan.

Erasmus was named Coach of the Year, while Kolisi was voted South Africa’s favourite by claiming the People’s Choice Sports Star of the Year award.

Furthermore, the late former Springbok winger and Rugby World Cup winner in 1995, Chester Williams, who sadly passed away earlier this year, was posthumously honoured at the awards ceremony in Durban with a Lifetime Achievement Award.

Last weekend, Erasmus (Coach of the Year), the Springboks (Team of the Year) and Pieter-Steph du Toit (Player of the Year) were honoured at the World Rugby Awards in Tokyo.

“We are bursting with pride and would like to congratulate Rassie and Siya on the awards they won in Durban last night,” said Mr Mark Alexander, President of SA Rugby.

“Rassie took over during a turbulent time for the Springboks and through hard work and a clear plan, managed to win the Rugby World Cup and the Castle Lager Rugby Championship this year – a magnificent achievement.

“Siya’s credentials as a leader became more impressive each day and the way in which he took on the massive responsibility that came with being Springbok captain, was nothing by exemplary.

“To see the two of them receive these awards – like they did last week in Tokyo where Pieter-Steph deservedly got the greatest accolade for any rugby player – was special, and on behalf of SA Rugby, I would like to congratulate all of them on these wonderful achievements.

“We saw in the last few days how powerful a successful Springbok team can be, uniting South Africans from all walks of life, and we are proud of their achievements.”