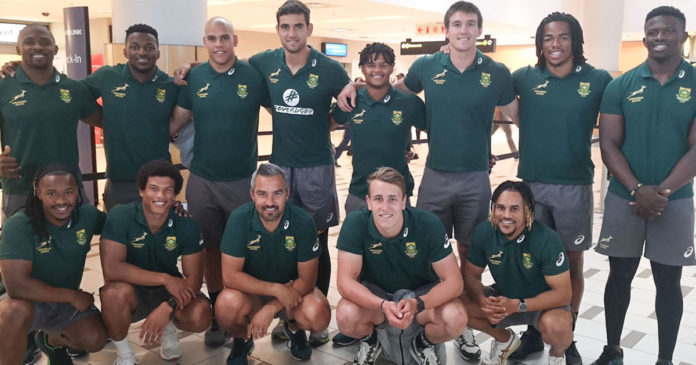 Playing New Zealand, England and Australia on the opening day of the Oktoberfest7s in Munich on Saturday will be as tough a challenge as the South African sevens team can expect to face in the new season.

That was the opinion of Springbok Sevens coach Neil Powell, after looking at the fixture list for the first day of the tournament, to be played at the Olympic Stadium in Munich.

“We would not want it any other way,” explained Powell.

“Part of the reason for us travelling to Germany was to be put under pressure and with Australia and New Zealand close to full strength, it will be a proper challenge on the day one.

“We are obviously still not 100% prepared, as our focus was more on pre-season conditioning, but we will have no option other than to get into gear very quickly.

“New Zealand have a squad full of regulars and Australia need this tournament to fine-tune for their Olympic qualifiers next month, so they will be pretty keen to do well. England will always be a very tough team to beat, so we can expect a proper challenge.”

Powell said the fact that all eight teams will be at various stages of preparation will make for a very interesting tournament.

“Germany will obviously have their best team and will be targeting a win against one of the top sides, France have the ability to beat anyone and Fiji never have a weak side, even if they are bringing a number of younger players on the trip.

“The USA could also be rebuilding their squad, but overall, this will be a very close tournament with close margins,” said Powell, who will be looking to make a number of small tweaks in their playing style.

“We are hoping to implement one or two new things this year and this tournament will be a good place to put them in practice. I think other teams will also be trying one or two things out, so we need to be sharp when we play.”

Powell said they will not be scared to try new things: “This is the ideal tournament for that as you are tested by quality teams. We need to try some new things, you cannot just keep doing the same things every year and expect the same result. We are excited to get going in Munich and get the season going.”

The matches will be streamed live on the tournament’s Facebook page (https://www.facebook.com/oktoberfestsevens).