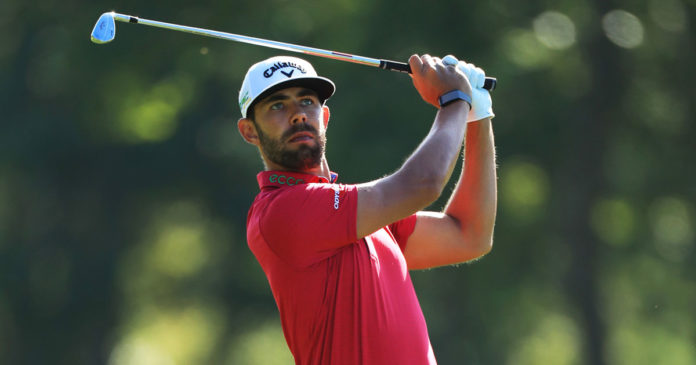 The South African challenge will be one of the strongest at this year’s Nedbank Golf Challenge hosted by Gary Player as Erik van Rooyen, Christiaan Bezuidenhout, Justin Harding, Richard Sterne and George Coetzee have all confirmed their participation in the Rolex Series event on the 2019 Race to Dubai from November 14-17, 2019.

Van Rooyen and Bezuidenhout are currently ranked eighth and 10th respectively on the Race to Dubai amidst impressive seasons during which both have won their maiden titles on the European Tour.

After several near misses, Van Rooyen broke through with his first victory in the Scandinavian Invitation where he closed with a final round of 64 to hold off European Ryder Cup players Matt Fitzpatrick and Henrik Stenson for the win.

Bezuidenhout made his European Tour breakthrough in the Estrella Damm N.A. Andalucía Masters hosted by the Sergio Garcia Foundation where he won by six shots in the face of a strong Spanish challenge led by Jon Rahm and Sergio Garcia.

Harding joins them as the third South African to have made his European Tour breakthrough this year when he won the Commercial Bank Qatar Masters. It capped a remarkable run of form that saw him win five times worldwide in 12 months, lifting him to a current ranking of 18th on the Race to Dubai.

“I am absolutely thrilled with the strong South African presence we will have at this year’s Nedbank Golf Challenge. To have a legend of the game such as Ernie followed by the current and emerging stars of South African golf is going to make this year’s tournament one of the most memorable for the home crowds. I am looking forward to hosting my countrymen at ‘Africa’s Major’,” said tournament host, Gary Player.

Mike Brown, Chief Executive of Nedbank, said: “The Nedbank Golf Challenge hosted by Gary Player seeks to inspire South Africa’s next generation of golfers, and to have the likes of Van Rooyen, Bezuidenhout, Harding and Sterne qualify for the event is proof that South Africa continues to produce world-class golf talent. As title sponsors, we hope to see more and more South African golfers follow in the footsteps of Gary Player and Ernie Els as icons of the game and brand ambassadors for our country.”

Anthony Leeming, Chief Executive of Sun International, said: “The Nedbank Golf Challenge has always had a strong South African presence that over the years has fuelled generations of South African golfers to aim just as high in terms of their own careers. Every great South African golfer will tell you about the first time he watched the Nedbank Golf Challenge and set his sights on playing there one day, and we’re pleased to be the platform for our future stars to realise those dreams.”

The Circa 18th Green Hospitality is already sold out for the weekend of the Nedbank Golf Challenge, but there are still packages available for The Circa Legends Club and The Circa Pavilion, which can be purchased here.

The overall prize fund remains at US$7.5 million, with the balance of the 64-player field from second place onwards playing for a US$5 million prize fund.