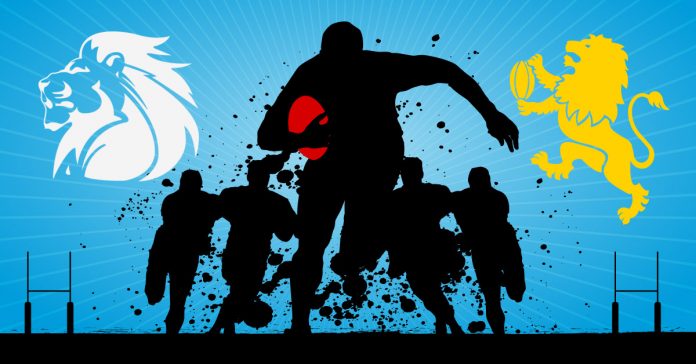 Ruan Combrinck will reach the milestone of 50 Super Rugby caps when he runs out at Emirates Airline Park on Saturday for the Vodacom Super Rugby quarter final against the Cell C Sharks.

The same team will run out against the Sharks as last weekend.

Other Super Rugby stats up to date include:

Elton Jantjies is the overall leading point scorer in Super Rugby 2017 with 166 points. His 47 conversions for the Super Lions is also a new Lions record for a Super year, breaking his record of 44 conversions in 2016. He also played in his 84th match for the Lions Super franchise, breaking Franco van der Merwe’s record of 83 appearances.

Entertainment by Monark and Daniel Baron before the match will start at 13:00 in the beer garden.

Ticket prices are R60, R100, R160 and R275 and are available from Computicket, http://lionsrugby.computicket.com/PagesPublic/Home/Home.aspx and at the stadium on match day.

Ryan Kankowski will lead the Xerox Golden Lions when they take on the Steval Pumas in Nelspruit in the Currie Cup on Sunday.

Kankowski joined the Lions from the Sharks recently and his experience and leadership in the absence of the senior players still entrenched in Vodacom Super Rugby will be a big boost for the side.

The bulk of the Supersport Rugby Challenge side has been retained for the Currie Cup in the interim while Vodacom Super Rugby is still underway.

The same coaching staff of Bafana Nhleko, Wessel Roux and Herkie Kruger will take charge of the Currie Cup side under the tutorship of newly appointed head coach Swys de Bruin.