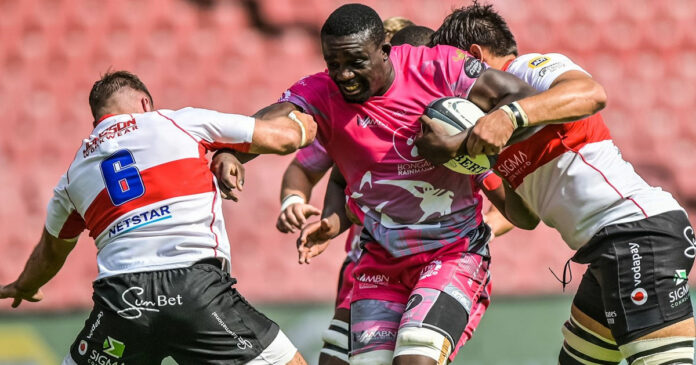 The Vodacom Bulls surged to the top of the Carling Currie Cup standings with a magnificent victory in Cape Town, while the Airlink Pumas and Cell C Sharks registered their first log points of the new season following Wednesday’s second round of matches.

The visiting Airlink Pumas kept the Sigma Lions try-less in a comprehensive 50-9 victory in the first match of the day in Johannesburg, while the Cell C Sharks opened their account with a nail-biting 24-23 win over Tafel Lager Griquas in Durban.

Playing in the late evening fixture in Cape Town, the defending champion Vodacom Bulls outmuscled the DHL Western Province 40-21 to bag their second win and a full complement of five league points on offer. The Toyota Cheetahs had a bye.

Following Wednesday’s three fixtures, the Vodacom Bulls increased their early-season lead on the standings to five points. They are on 10 points, and are followed by the Airlink Pumas (five), who netted a bonus-point victory over the Sigma Lions. DHL WP also have five points, but are placed below the Lowvelders in third position as a result of leaking 40 points against the Vodacom Bulls.

The Toyota Cheetahs are fourth on four points, followed by the Cell C Sharks, who have the same amount, while the Tafel Lager Griquas and Sigma Lions (one point each) complete the standings.

The next round of matches is on Wednesday, 2 February, when Tafel Lager Griquas host the Airlink Pumas (15h30), the Toyota Cheetahs travel north to face the Vodacom Bulls (17h45) and the Cell C Sharks take on DHL WP in Durban (20h00).

The Vodacom Bulls flexed their muscles to defeat DHL Western Province 40-21 in their second-round Carling Currie Cup clash at the DHL Stadium in Cape Town on Wednesday evening.

The visitors from Pretoria simply had too much power, aggression and precision and went into the break with a comprehensive 28-0 lead on a perfect summer evening in the Mother City. They registered four converted tries and managed to keep the home side scoreless with solid defence.

The Vodacom Bulls added two more tries after the break, but the home side finished the match with a flurry of late tries – three in the last 15 minutes – to add some respectability to the scoreboard.

A 14-man Cell C Sharks side held on by the skin of their teeth to claim a 24-23 Carling Currie Cup win over Tafel Lager Griquas in challenging conditions at Hollywoodbets Kings Park on Wednesday.

The Durbanites were in control of the contest, leading 18-6, before the match was turned on its head by a red card to Samoan international OJ Noa – among half a dozen Carling Currie Cup debutants in the home team – for a dangerous tackle on Justin Forwood in the 61st minute.

The visitors capitalised right away with Johan Retief scoring a TMO-awarded driving maul try, which Zander du Plessis converted to close the gap to 18-13. The Cell C Sharks showed good composure from there, with replacement scrumhalf Sanele Nohamba and Du Plessis trading penalty goals to leave the game on a knife-edge at 21-16 with seven minutes remaining.

The Airlink Pumas scored seven unanswered tries against the Sigma Lions at Emirates Airline Park in Johannesburg on Wednesday afternoon, chalking up their biggest ever Carling Currie Cup score against their Gauteng rivals by winning 50-9.

The visitors showed glimpses of their dominance in the opening half by scoring three tries for a 24-6 lead at the break. They then completely dominated the second half, outscoring and physically outplaying the hosts by 26-3 and dotting down four more times.

The Lowvelders’ pack were ruthless in their execution and played to their strengths, with the last three tries coming through driving play by the forwards. The young Lions side had no answer to the physical dominance of the Pumas and were totally outplayed, especially in the second half.