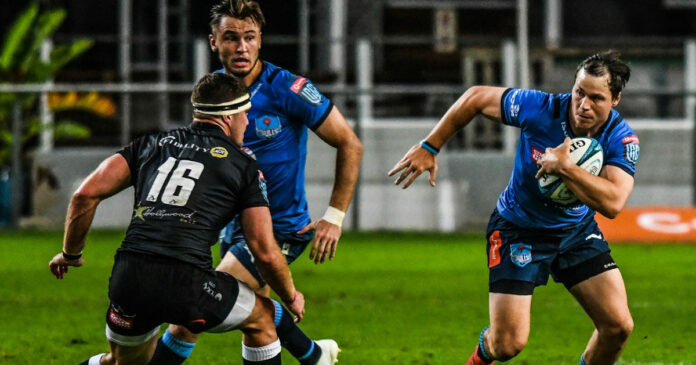 The four South African Vodacom United Rugby Championship teams will return to the field in full swing on Saturday for first the first time since early December when the Emirates Lions host the Cell C Sharks in Johannesburg, and the Vodacom Bulls meet the DHL Stormers in Pretoria.

The matches – which were due to take place last year before the last round of international travel restrictions were imposed in December – will mark the first of four back-to-back rounds of local derbies for SA’s franchises.

Both the Emirates Lions and Cell C Sharks will be looking to pick up where they left off in 2021 when they cross paths at Emirates Airline Park after registering victories in their last round of matches – the wins marking the second each for the sides in their five encounters to date.

The Vodacom Bulls will be desperate to bounce back from successive defeats as they go in search of their second win of the season against the DHL Stormers at Loftus Versfeld, but with the Capetonians boasting one win and a draw in their five matches, they will also be determined to build winning momentum early in the new year.

Emirates Lions coach Ivan van Rooyen named Pieter Janse van Vuren (lock) and Ruhan Straeuli (flanker) in his starting lineup for their encounter against the Cell C Sharks, which kicks off at 15h00, and said the team was looking forward to returning to the field in the Vodacom United Rugby Championship.

“It’s great to be back for Vodacom URC action especially on our home turf at Emirates Airline Park,” said van Rooyen. “It’ll be our first URC fixture at home since the campaign started so we’re pretty excited about that.”

Springbok centre Lukhanyo Am will lead a Cell C Sharks team featuring a Test-laden backline – which includes fullback Aphelele Fassi – as well as a cohort of familiar faces amongst a bruising pack.

“We know the Lions are full of intensity, but with that comes mistakes and one thing we’ve looked after is being able to capitalise on opportunities that we receive,” said Fassi.

“And then playing in the right areas of the field is something we want to achieve. We’re expecting a very fast game. They’re a team that loves to play with a lot of intensity and keep the ball in play and we’re looking forward to the game.”

DHL Stormers coach John Dobson, who has named Steven Kitshoff and Salmaan Moerat as co-captains for the season, was equally excited about their clash against the Vodacom Bulls.

“It has been good to have this break and evaluate where we want to improve as a team, now it is about going out there and executing those plans accurately,” said Dobson. “The players have trained well, and everyone is very motivated to show what we are capable of up in Pretoria this weekend.”

The Vodacom Bulls will field a strong team when they host the Capetonians in Pretoria, with Cornal Hendricks named to captain a side that includes Junior Springbok flanker Reinhardt Ludwig on the side of the scrum for his competition debut, at Loftus Versfeld.

Vodacom Bulls director of rugby, Jake White said: “The rivalry between the Vodacom Bulls and DHL Stormers always sets us up for an exhilarating encounter. This weekend will be no different, and to begin the year in the Vodacom United Rugby Championship against a quality side like the DHL Stormers will be important in determining where we are as a team after the end-year break.”