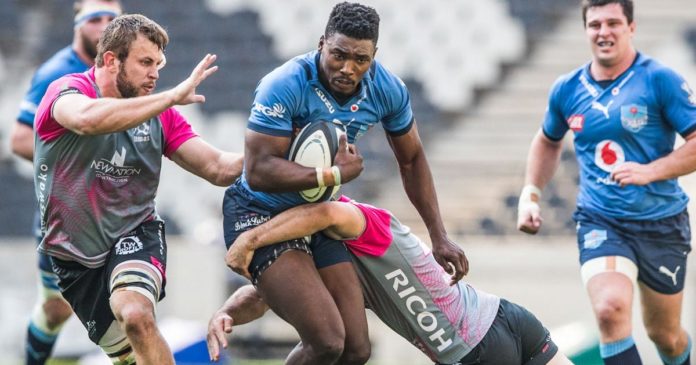 DHL Western Province shot up the Carling Currie Cup standings and are now firmly back in semi-final territory after a solid midweek win, but they can also thank the Vodacom Bulls and Toyota Cheetahs for making their route to the top four a bit easier.

A bonus-point win at DHL Newlands, coupled with defeats for the New Nation Pumas and Tafel Lager Griquas, meant the Capetonians went to bed in third spot on the log last night.

The Vodacom Bulls’ victory in Nelspruit cemented their place at the top of the standings, while the Toyota Cheetahs’ win in Bloemfontein has kept them in the race to the playoffs.

The two Gauteng sides only have one league game left, though, and while the Vodacom Bulls are in poll position, the Sigma Lions are out of the running this year.

Carling Currie Cup pacesetters, the Vodacom Bulls, continued their winning ways when they powered to a 33-26 bonus-point win over the New Nation Pumas in Nelspruit on Wednesday afternoon.

The men from Pretoria trailed 26-14 just before the hour-mark, with indiscipline proving costly, before their pack shifted into top gear and muscled them to a hard-earned come-from-behind victory.

The New Nation Pumas won the breakdown battle but were dominated at scrum time, where they conceded a penalty try, and couldn’t contain the physicality of the Vodacom Bulls when it mattered most.

Toyota Cheetahs fight back to sneak past Tafel Lager Griquas

The Toyota Cheetahs kept alive their hopes of reaching the Carling Currie Cup semi-finals with a hard-fought 33-32 victory over Tafel Lager Griquas in a nail-biting Central Derby in Bloemfontein on Wednesday afternoon.

Two tries in four minutes after the hour-mark swung the momentum back to the hosts after their neighbours from the Northern Cape – who got two log points from the match – were in control of the score board for most of the match.

Although they struggled in the lineouts, Tafel Lager Griquas pounced on mistakes by their opponents, managed to exploit space in the wide channels and defended very well.

The Toyota Cheetahs, who bagged a full-house of five log points, enjoyed more possession and had territorial advantage, but made a number of costly mistakes, especially in the in red zone, which gave the visitors confidence.

The home team dominated the territorial battle, which proved decisive, as the Sigma Lions failed to capatilise on having a strong wind at their backs in the first half and was kept scoreless in the second.

Tim Swiel put the boot into the visitors, both tactically and off the tee, scoring 15 points, while star No 8 and Champion of the Match Evan Roos scored two of the Capetonians’ four tries as they moved from sixth to third place on the log.

It’s make or break for a number of teams in the Carling Currie Cup this weekend, with key clashes scheduled for Nelspruit, Johannesburg and Kimberley as teams aim to keep their semi-final hopes alive.

A lot is at stake and although both the New Nation Pumas and Tafel Lager Griquas lost on Wednesday, they would have taken a lot of confidence from their performances as they aim to stay in the race to the playoffs.

The Lowvelders host the Toyota Cheetahs at Mbombela Stadium in the first match of the weekend and neither side can really afford to lose, which will add some extra spice to this catfight. The Free Staters snuck through by a solitary point the last time these sides met, in the fourth round, and would have taken notice of the Pumas’ form.

Unfortunately for the Sigma Lions, their playoff hopes are over, but they would like to finish their season on a high against the Cell C Sharks in their final league game of the season at Emirates Airline Park on Saturday.

On the other hand, the Durbanites are sitting pretty and well on their way to secure home ground advantage in the playoffs, and they will be mindful of losing momentum as the season nears its end.

The final match of the weekend is at Tafel Lager Park, where victory for either side will give their playoff hopes a massive boost.

In the fourth round, the men from the Northern Cape caused a massive upset with a two-point win in Cape Town, and if they can repeat that, Tafel Lager Griquas will be in a strong position to finish in the top-four.