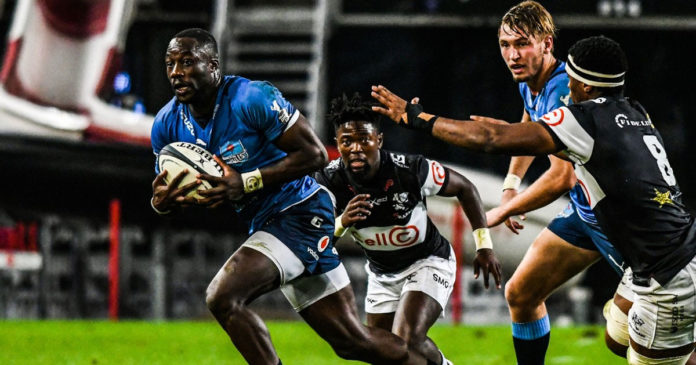 The Carling Currie Cup will reach a thrilling conclusion in Pretoria on Saturday when the Vodacom Bulls aim to win the title for the second consecutive season in a repeat of the 2020 final against the Cell C Sharks at Loftus Versfeld.

The match, which marks the fifth time these two sides will battle it out for the title since 1990, will kick off at 17h00 and will be broadcast live on SuperSport, bringing to an end a season that was disrupted by COVID and unrest action in KwaZulu-Natal and Gauteng.

The Vodacom Bulls topped the log with 49 points, nine more than the Cell C Sharks who finished second as these two teams set the pace for most of the season – much like 2020, although the KwaZulu-Natalians finished one spot higher on the final standings than last season.

After the Vodacom Bulls secured the title after a tense 100 minutes of high-octane action last season, the teams go into Saturday’s clash level on two final victories each.

In the COVID-enforced absence of Springbok flyhalf Johan Goosen, Vodacom Bulls Director of Rugby Jake White has handed the No 10 jersey to the experienced Chris Smith for the final, while Marcell Coetzee will again lead the hosts into battle against his former team-mates.

Coetzee will be partnered in the back-row by Arno Botha, who scored the match-winning try in the 2020 final, as well as the exciting Elrigh Louw.

Cell C Sharks Head Coach Sean Everitt mostly stuck with the team that beat Tafel Lager Griquas in last weekend’s second semi-final, but the return of Springbok prop Thomas du Toit to their front row will give the visitors a massive boost for the final.

With one of their league matches cancelled due to the unrest situation in KwaZulu-Natal, these two sides met only once during the Carling Currie Cup, with the Cell C Sharks winning by 35-28 in Durban just over a month ago, after the Vodacom Bulls had agreed to move their home game to Jonsson Kings Park.

Last season, the Vodacom Bulls won their clash in Pretoria by 41-14 in November (which formed part of Vodacom Super Rugby Unlocked), the Cell C Sharks were victorious in their league match in Durban in December (32-29), before the men in blue clinched the nail-biting Carling Currie Cup final at Loftus Versfeld in January (26-19).

Vodacom Bulls Director of Rugby Jake White: “We expect a tough battle against the Cell C Sharks – a match that will be on par with Test match rugby. The Cell C Sharks have been a formidable side throughout their campaign. They are well-coached, have talented players and are a driven group. So, we expect them to throw everything at us this weekend.”

Cell C Sharks Head Coach Sean Everitt: “We know the Bulls have a massive pack of forwards, they are playing well and were sublime in their semi-final. It’s all about momentum, we know what’s coming our way with regards to how they play and the emphasis for us will be about stopping their momentum and stopping their big ball-carriers.”