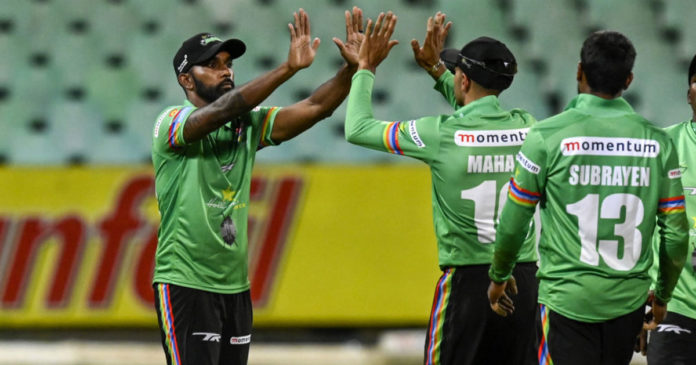 Assistant Hollywoodbets Dolphins coach Quinton Friend says the Momentum One-Day Cup table-toppers know exactly what is on the line when they welcome the second-placed Imperial Lions to Durban on Thursday.

The match, however, is the first between the two sides this season, with the outcome of both set to determine who finishes where in the race for the semi-final spots.

Number one spot on the log does guarantee home advantage in the last four and in the potential decider and that is where Friend and his Dolphins team want to finish.

“We’re really looking forward to it,” he said ahead of the game at Hollywoodbets Kingsmead Stadium. “What the competition is all about is when you’re coming up against the top sides.

“You obviously have to be on top of your game. You have to make sure that all aspects of your game are well covered and I think we’ve prepared pretty well for the Lions.”

Both teams have lost once so far this term, the home side to the World Sports Betting Cape Cobras and the away team to the Warriors.

But bar those glitches, they have been next to perfect.

“We know exactly what is coming our way,” added Friend. “We’re looking forward to the clash, obviously it’s going to be a big one in the context of the competition about who’s fighting to take that top spot.

“And that’s obviously our first priority at the moment. But we are taking it game by game. We would want to get to that top spot and make sure that we can end this competition in the number one spot.”

Spin has been the key for the Dolphins this season and they have been led formidably by new captain Keshav Maharaj, who has subsequently been called up by the Standard Bank Proteas. Prenelan Subrayen has now been put in charge.

The pair, along with Senuran Muthusamy, have called the shots for the log-leaders so far, but Lions coach Wandile Gwavu believes they have not been tested enough.

“Yes, the Dolphins have been on a good run, but I still don’t feel those spin bowlers of theirs have been challenged,” he said. “So that’s something that we at the Lions have spoken about building towards this game.

“We want to challenge them so that at some point they’re going to have to come up with a Plan B.

“If we can be smart about how we play their spinners, we can put them under pressure.”

Gwavu is also satisfied with the way his team have shaped up in the 50-over competition. “I’ve been pleased with the brand of cricket we’ve been playing lately and the consistency in terms of the results that we’ve managed to get,” he concluded.

“Everybody knows that sometimes you play good cricket and you don’t get results but we’ve managed to get both in the last few games.”