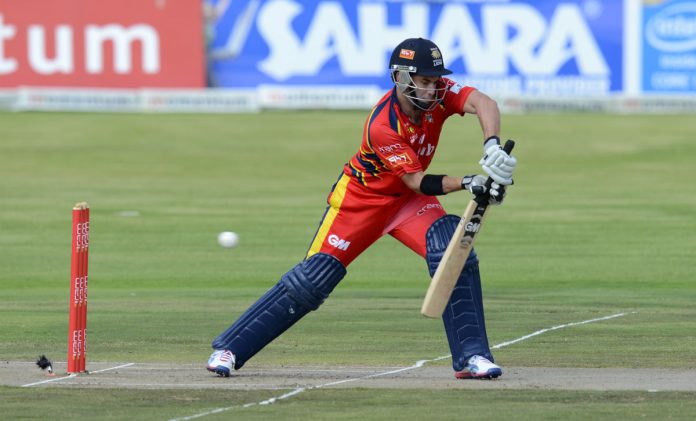 BIZHUB HIGHVELD LIONS coach Geoffrey Toyana expects a quality game when his side comes up against the Hollywoodbets Dolphins in round two of the Sunfoil Series starting at Senwes Park in Potchefstroom on Tuesday.

Both teams won their opening matches convincingly – the hosts rolling over the BuildNat Cape Cobras by 10 wickets and the visitors coasting past the Warriors by an innings and 70 runs.

The Lions looked especially good with the ball in Johannesburg after bowling out the Cobras for scores of 102 and 211 in a low-scoring affair. “We’re quite pleased with the way we played,” Toyana said. “The batting could have been better in the first innings when we struggled on a difficult pitch.

“But we’ll take that win because the Cobras are a quality side.”

The Dolphins, meanwhile, impressed all-round. After piling up a total of 478, they then dismissed the Warriors for totals of 230 and 178 in East London. “We have the Dolphins now, who played really well as well,” Toyana added. “We know what they did against the Warriors and they’ll come to Potch with their confidence high.

“So we have two sides that have won games and it should be a cracker of a game. But we’ll also be confident and we look forward to the contest.”

Reeza Hendricks could make his debut for the Lions, with the rest of their XI expected to be unchanged.

The Dolphins too are planning minimal changes. Their coach, Grant Morgan, says playing an in-form Lions side will be a good test for his players. “It will be a really good gauge as to where we rank, especially if you consider how well the Lions did in that first game,” he said.