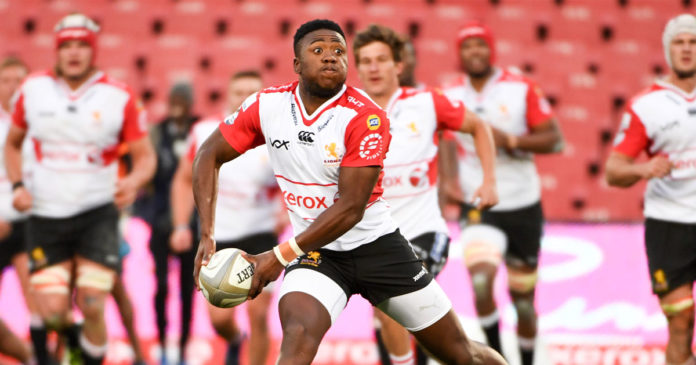 The Cell C Sharks tackle the Jaguares in Durban on Saturday afternoon in their first game since returning from their successful Vodacom Super Rugby tour of Australasia. The match kicks off at 15h05 and will be televised live on SuperSport1.

The Durban side can top the South African Conference if they beat the formidable South American outfit, as the DHL Stormers, who are currently in the lead on the log, have a bye this weekend.

The Emirates Lions will be the first South African team in action on Saturday in their round-six encounter with the Rebels in Melbourne, where the action gets underway at 10h15 (SA time).

In Pretoria, meanwhile, the Vodacom Bulls will be desperate for their first win of the season when they host the Highlanders in a late afternoon kick-off at Loftus Versfeld (17h15).

Alberts and Simelane start for Emirates Lions in Melbourne

The inclusion of Springbok flank Willem Alberts is one of three changes to the Emirates Lions’ starting team for their clash against the Rebels in Melbourne on Saturday. The match starts at 10h15 (SA time) and will be televised live on SuperSport1.

Alberts, who-rejoined the Joburg side earlier this year after playing club rugby in France, comes into the starting team in the back row to replace the injured Vincent Tshituka.

In the front row, Pieter Jansen is handed a start in the No 2-jersey, with Jan-Henning Campher moving to the replacement bench. The outside centre berth goes to Wandisile Simelane and Manuel Rass drops out of the matchday 23 this week.

Springbok wing Sbu Nkosi is back in the Cell C Sharks’ starting team as one of several changes for Saturday’s clash with the Jaguares. The Durban encounter kicks off at 15h05 and is live on SS1.

The KwaZulu-Natalians have returned home to Jonsson Kings Park brimming with confidence following three good victories on the road in New Zealand and Australia.

Last week, Cell C Sharks head coach Sean Everitt rested flankers James Venter and Tyler Paul, and both have been restored to the starting line-up alongside Nkosi, who has regained fitness following his injury layoff.

Meanwhile, the Jaguares will feel confident of a good performance in Durban following their success over the Vodacom Bulls last weekend in Pretoria.

Former Junior Springbok No 8 Muller Uys and Ian Groenewald (lock) will make their Vodacom Super Rugby debuts when the Vodacom Bulls host the Highlanders in Pretoria on Saturday (17h15).

Vodacom Bulls coach, Pote Human made four changes in total to the side that lost to the Jaguares with Ruan Nortje partnering Groenewald in a new-look second row combination.

There is one change in the backline, where Manie Libbok gets his first start of the season at flyhalf as Morné Steyn is shifted to the bench.

The other Round 6 fixtures are (SA times):