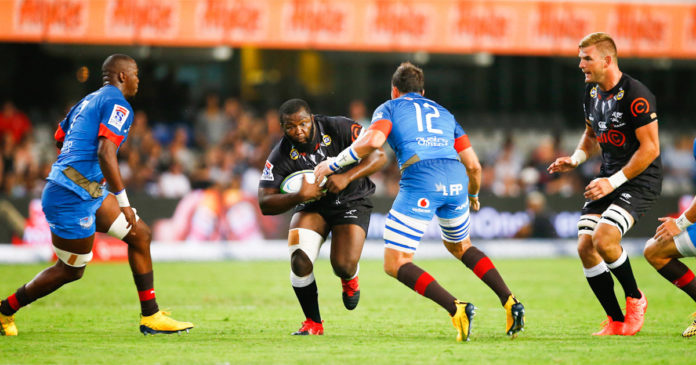 The DHL Stormers and Cell C Sharks both registered winning starts at home in their opening Vodacom Super Rugby matches of the season, while the Jaguares were too powerful for the Emirates Lions in their early Sunday morning clash in Buenos Aires.

Please click on the links below for the full match reports.

Cell C Sharks debutant Sanele Nohamba (scrumhalf) scored a last-minute try to hand the Cell C Sharks a 23-15 home win over the Vodacom Bulls in their first-round match in Durban on Friday evening.

Morne Steyn (flyhalf) played for the Pretoria side for the first time since 2013, and his boot earned the visitors a 9-6 halftime lead courtesy of two penalty goals and a trademark drop kick. The Cell Sharks, however, took control in the second half, scoring two tries, inculding Nohamba’s vital effort.

Four-try DHL Stormers off to flying start in Cape Town

The DHL Stormers got their campaign off to a flying start on Saturday afternoon as they overwhelmed the Hurricanes 27-0 at DHL Newlands.

The home side displayed clinical finishing in the first half, which netted three deserved tries, allowing them to open up a halftime gap of 19-0 over the Kiwis. Their powerful pack of forwards, stacked with Rugby World Cup winning Springboks, laid the foundation for a superb win, while the Hurricanes committed just too many errors to threaten the home team

The Jaguares scores five tries to one to open their Vodacom Super Rugby season with an impressive 38-8 victory over the Emirates Lions in Buenos Aires in the early hours of Sunday morning (SA time).

The visitors restricted the home team to a slender 10-8 halftime lead, but the Jaguares scored four second-half tries to secure a superb home victory.