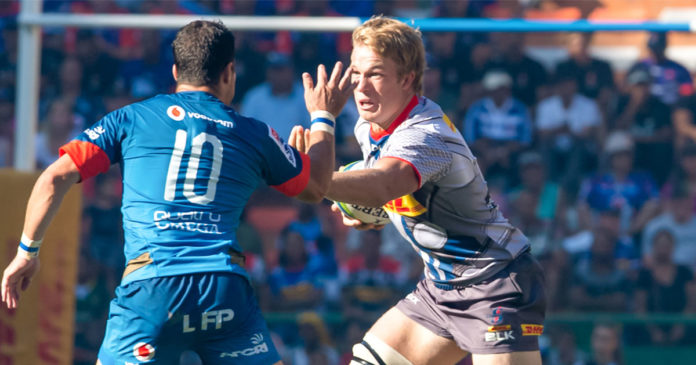 The DHL Stormers, Emirates Lions and Cell C Sharks were all on the winning side in the weekend’s second-round Vodacom Super Rugby action.

The North-South Derby between the DHL Stormers and Vodacom Bulls finished in a 13-0 triumph for the Cape side, who continued their dominance over their fierce rival in this fixture. Two tries by Tyrone Green steered the Emirates Lions to a 27-20 victory over the Reds, while the Cell C Sharks produced a sublime performance on Friday to smash the Highlanders 42-20 in Dunedin.

In the last match of the round played on Sunday morning (SA time), the Hurricanes produced a come-from-behind effort to beat the Jaguares 26-23 in a pulsating encounter in Buenos Aires.

The DHL Stormers are leading the South Africans Conference on nine points and they are followed by the Cell C Sharks (eight), Jaguares (six) and Emirates Lions (four), while the Vodacom Bulls have no points after two rounds.

The DHL Stormers produced another solid defensive effort to keep the Vodacom Bulls scoreless and clinch a 13-0 victory over their fierce rivals on Saturday afternoon in Cape Town.

It was the second time in as many weeks they’ve managed to keep their opponent scoreless following their 27-0 home win over the Hurricanes the previous Saturday.

It was also the last North-South Derby to be staged at DHL Newlands as the hosts will move to the Cape Town Stadium next year. The crowd of 27,301 witnessed a typical hard-fought South African derby played in perfect conditions.

The Emirates Lions scored four tries, including a double by wing Tyrone Green, to defeat a gutsy Reds 27-20 in their Vodacom Super Rugby second-round match on Saturday afternoon in Johannesburg. The Highvelders led 17-13 at halftime.

The Reds had the upper-hand in the lineouts and scrums, where they enjoyed a big weight advantage. However, the visitors struggled in general play mainly because of too many handling errors. The home scrum improved in the second half when the replacement forwards were sent onto the field.

The Cell C Sharks kicked off their Australasian Vodacom Super Rugby tour in perfect fashion when they beat the Highlanders by 42-20 in Dunedin on Friday, repeating their victory from the last time they visited Forsyth Barr Stadium.

Built on the back of a superb kicking game, strong defence and excellent counter-attacking, the Cell C Sharks won for a sixth time in Otago, outscoring the Highlanders by five tries to three in the process, with Makazole Mapimpi and Aphelele Fassi bagging two tries each.

In what was a perfect way for Lukhanyo Am and Craig Burden to celebrate their 50th games at this level, the visitors also disrupted the Highlanders’ lineouts, which robbed the home team from a good attacking platform.

The rest of the Round 2 results: