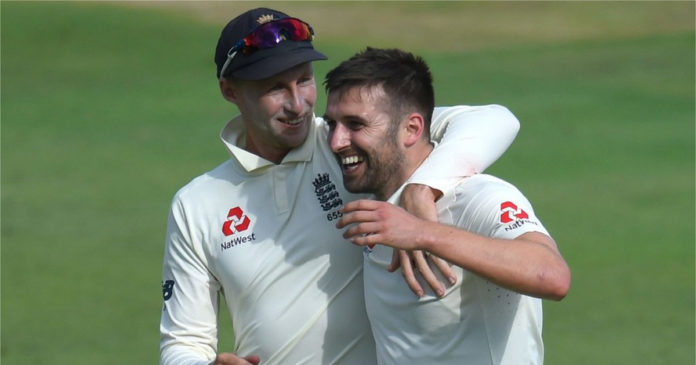 Mark Wood followed up his five wickets in the first innings with four in the second to bowl England to a 191-run victory and a 3-1 series success in the fourth Test match against the Standard Bank Proteas at the Imperial Wanderers Stadium on Monday.

Having already contributed to a significant 10th-wicket partnership in the first innings he was the obvious choice for Man of the Match while Ben Stokes who excelled with bat, ball and in the field was named Man of the Series.

The Proteas looked as though they might take the game into a fifth day on the back of a stand of 92 for the third wicket between Rassie van der Dussen (98 off 138 balls, 15 fours and 2 sixes) and Faf du Plessis but England made a critical breakthrough just before the tea interval to dismiss both batsmen.

The last six wickets fell for just 39 runs, three of them falling to Wood who had earlier dismissed Van der Dussen.

Van der Dussen’s performance was the biggest plus point from a South African point of view and he showed himself to be a quick learner after the struggles he had had in Port Elizabeth. He has made most of his runs in this series on the quicker highveld surfaces but he is growing quickly and the way he played the spinners today showed that he is taking his experiences on board and benefiting from the international experience provided to the dressing room by the coaching staff.

The battle between himself and Du Plessis for the Proteas and Stokes and Wood for England in the hour after lunch was as intense a session of Test cricket as he is ever likely to have to endure.

The tour to the West Indies in the middle of the year should give him the opportunity to develop his game further on slow pitches.

The series marked the end of an outstanding international career for Vernon Philander who has joined some of the other legends of the past who had previously headed into retirement.