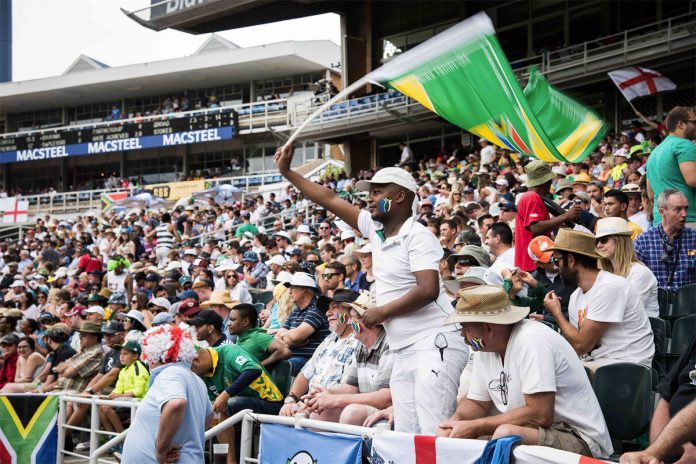 The cricket season at the Bidvest Wanderers will kick off in spectacular fashion when the Proteas host Australia in an ODI on Sunday 2 October 2016. The Bullring is expected to be jam packed as fans once again share their love for cricket in this iconic venue.

“Two of the top three reasons cricket fans are attending less live cricket matches relates to the convenience and quality of the TV coverage (Sponsorlink Q4, 2015). But in a survey amongst Gauteng Cricket fans,  88% of fans agreed that the Bidvest Wanderers stadium experience is better than watching on TV, while a significant 93% feel like they are missing out when they don’t attend a big game at the Bullring (GCB Fan Survey, June 2016)”.

“We embarked on a brand positioning project earlier this year, to ensure that we create synergy between our three brands – the Bidvest Wanderers, the bizhub Highveld Lions and the Gauteng Cricket Board (GCB) – and we are extremely inspired by the results from both our research and the impending implementation of this strategy that will see a deeper emotional connection with our fans,” says GCB Marketing and Corporate Communications Manager, Andra Ferreira Nel.

GCB Chief Executive, Greg Fredericks sees this as integral to the organisation’s achievement of its business goals.   “Knowing that our fans would rather be part of the atmosphere here at The Bullring, than watching on TV, shows the immense appetite for this emotional connection and we look forward to hosting another sensational international and domestic season at the Bidvest Wanderers. This provides rich territory to play a significant role in Johannesburg but also society at large.”

“At The Bullring, fans count on their team to fight to the very last ball, and players count on the fans to be there with them every step of the way,” says Lindsey Rayner, Deputy MD of 34.  34 is the creative agency tasked with the GCB’s brand positioning project, which will be launched this coming cricket season. “We want Jo’burg to Join the Charge in making the Bidvest Wanderers an even more intimidating venue. We want them to feel the anticipation before every fast ball and the power of every big hit.”

With 95% of cricket fans agreeing that The Bullring brings all South Africans together, and bizhub Highveld Lions players Temba Bavuma, Aaron Phangiso and Kagiso Rabada expected to be part of the Proteas squad, this season is one not to be missed! Season tickets are currently on sale and is a sure way for fans to ensure that they do not miss out on any of the action. For more information, email lions@cricket.co.za .