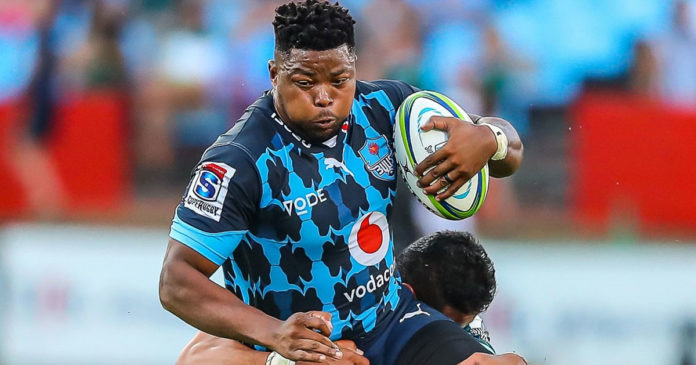 The rescheduled fifth round Carling Currie Cup Gauteng Derby between the Vodacom Bulls and Xerox Lions in Pretoria on Wednesday will set the tone for a high-octane final stretch as the pool stage concludes this week and the top teams battle it out for home semi-finals.

A victory for the Vodacom Bulls – the only team with two games remaining – will catapult them into a favourable position to wrap up the pool stage as the top team for a semi-final and possibly a final in Pretoria.

Should they win this match – which will be broadcast live on SuperSport at 16h00 – they may need only a bonus point from their clash against the Phakisa Pumas in Nelspruit on Sunday to guarantee them top spot on the log if DHL Western Province – who are also on 35 log points, but with an inferior points’ difference – defeat the Cell C Sharks on Saturday.

The Xerox Lions, who edged the Cell C Sharks into third place on the standings thanks to a favourable points’ difference despite being tied on 33 points with the Durbanites, meanwhile, will throw everything at the men from Pretoria in their final round-robin match in the hope of putting them in line for a home semi-final.

Their fate, however, is out of their hands, as they will have to rely on the Cell C Sharks to defeat DHL Western Province on Saturday with a fairly narrow points’ margin to possibly see those hopes materialise.

The match-ups between these sides have been balanced in the last few years, with each side winning four of their last eight Carling Currie Cup games.

Interestingly three of the Vodacom Bulls’ victories were in Pretoria, but with the team having last taken the field over three weeks ago, they will have to hit the ground running to work off the rust quickly against a side that is high on confidence after five successive wins.

Vodacom Bulls Director of Rugby, Jake White, named an extended squad of 28 players as they await a few COVID-19 test results, with Springbok prop Lizo Gqoboka back in the mix after not playing at all since the season resumed due to injury.

Also back from injury is Elrigh Louw (flank), while former SA Schools wing Stravino Jacobs and Blitzbok forward Tim Agaba (flanker) have also been included in the extended squad.

Experienced Springbok prop Jannie du Plessis, meanwhile, will run out for the Xerox Lions in one of three changes to coach Ivan van Rooyen’s starting team, replacing Wiehahn Herbst, while the other change in the forward pack is at flank, where Marnus Schoeman moves up from the replacements bench in place of Jaco Kriel.

In the backline, Burger Odendaal will add bulk to the midfield in place of Wandisile Simelane, who will make an impact off the bench.