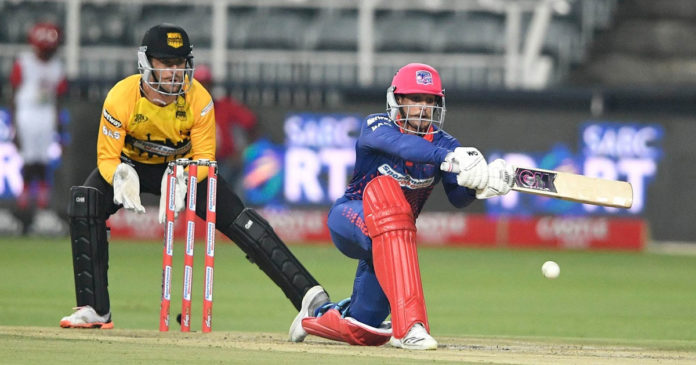 It will be fireworks to kick off the Mzansi Super League (MSL) 2.0 opening weekend when defending champions Jozi Stars clash with Cape Town Blitz in the tournament opener at the Imperial Wanderers Stadium in Johannesburg tomorrow, Friday 8 November (Match starts: 17:30pm).

Tickets for the matches are still available across all Ticketpro (www.ticketpro.co.za) retail outlets around the country costing from R60 each, with discounts offered for scholars, students and pensioners.

Thamie Mthembu, Cricket South Africa’s (CSA) Head of Media and Communications said: “To make it bigger and better from last year, MSL2.0 could not have had a better start than a match featuring the two teams that competed in the final last year. There is no better place to kick off procedures than the Bull Ring and we look forward to great entertainment on and off the field on Friday.”

“It is a big clash,” said Rabada. “It will be nice to start off on a winning note. Blitz is a quality side and will come out guns blazing. I feel that we have had some good training in the last couple of days (since the team got together this week). Every game is big, and there does not seem to be a weak link in this tournament. Tomorrow (Friday) is the start of the MSL2.0 tournament, and it will be a great one.”

For the Ashwell Prince-coached Blitz, the team will call on the destructive batting of Quinton de Kock and Janneman Malan while they also carry a formidable attack led by speedsters Dale Steyn and Anrich Nortje who will be supported by the international marquee all-rounder, Moeen Ali, from England.

The Capetonians topped the league standings last year, starting off the campaign with successive victories.

“Momentum is important – we obviously started nicely (last year), we had four wins in a row at the start and we probably lost our way in the middle of the campaign,” said Prince.

On Saturday, Durban Heat will be hoping to bring the fire against a combative Tshwane Spartans outfit in the first of weekend coastal battles, at Hollywoodbets Kingsmead Stadium in Durban (12.30pm).

The double header on Sunday will see the highly-anticipated Cape derby between Paarl Rocks and Blitz at Eurolux Boland Park in Paarl (10.00am) before the formidable Nelson Mandela Bay Giants take on Stars at St. George’s Park in Port Elizabeth (14:00am).