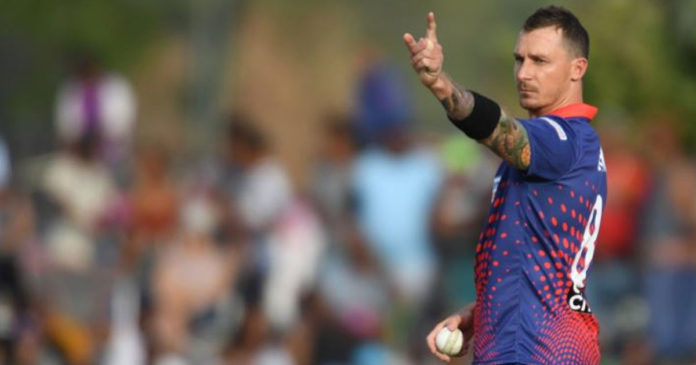 Dale Steyn and Janneman Malan played lead roles as the 2019 Mzansi Super League (MSL) season began with a bang after the Cape Town Blitz edged out the Jozi Stars by 15 runs in a high-scoring thriller at the Imperial Wanderers Stadium in Johannesburg on Friday night.

Right-hander Malan made the early running during an impressive opening innings, striking an unbeaten 99 (59 balls, 11 fours, 4 sixes) to help the visitors amass 213 for three after they lost the toss and were put into bat first.

Veteran Steyn then rolled back the years with a trio of key strikes in a return of three for 25 – by far the best showing with the ball by either side – that restricted the defending champions to 198 for five.

This despite an excellent 80 (53 balls, 11 fours, 1 six) from Reeza Hendricks as the Cape side got one back over the side that beat them in last season’s final.

It concluded a quality opening game between two quality sides that were bidding to lay down an early marker, with that distinction going the way of the Blitz thanks in the main to Malan.

There was no third career T20 ton, but his performance ensured there was a strong platform laid down.

The 23-year-old shared in some big and quick stands all the way through, first adding 72 with his captain Quinton de Kock (35 off 21 balls) at the start in just 6.3 overs.

Another 56 followed between England all-rounder Moeen Ali (25 off 17 balls) and Malan, before a fiery 21 off 10 balls by fellow countryman Liam Livingstone.

George Linde’s unbeaten 24 off 13 balls then helped add 60 to lift the Blitz to their highest score in the competition and set a target of 214.

To get those runs, the 2018 winners needed someone to go big and it was not their big star Chris Gayle after he was outfoxed by a slower Steyn ball for 17.

Hendricks was the man, though, as he then added 76 with his skipper Temba Bavuma (38 off 15 balls), and when 53 followed between the former and last season’s MSL top batting star, Rassie van der Dussen (31 off 21 balls), the home side appeared to be cruising.

But from 161 for two, they were hauled back by a Steyn double – the retired Standard Bank Proteas legend dismissing both set men, who fell to difficult Sisanda Magala skied catches, leaving the Stars suddenly in a fix on 187 for four.

And the scoreboard pressure proved too much for Dan Christian (13 not out) as the Blitz closed out the win.