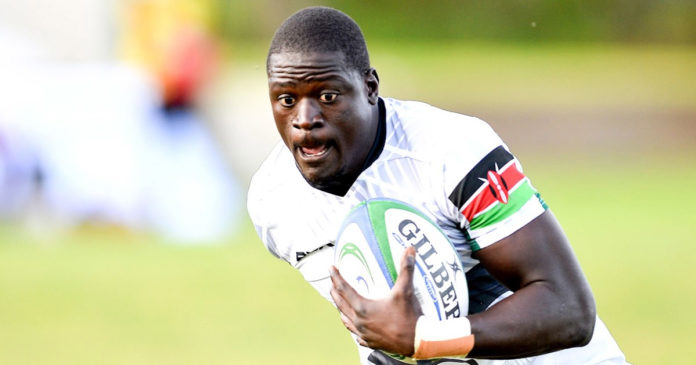 Sevens fans favourites Kenya will show off their growing ambition in the XV-a-side game after being confirmed as the inaugural opponents in next month’s Champions Match – to face the best of South African domestic rugby.

The East African nation – ever-popular at the HSBC Cape Town Sevens – will meet the Carling Champion Team, consisting of players selected by fans from any of the seven Carling Currie Cup Premier Division teams.

The match is a bold initiative between Carling Black Label, sponsor of the Currie Cup, and SA Rugby who have joined forces with the intention of recognising and rewarding the champion voices of rugby fans – who will play selector for the match.

And now African ‘neighbours’ Kenya have accepted the invitation for the showdown at Loftus Versfeld on 6 November 2021.

“We are very grateful to Carling and SARU for granting us this unique invitation and look forward to an exciting start to our international window matches.”

Meanwhile Arné Rust, Carling Black Label Brand Director said votes were streaming in from fans to name the SA team with more than 400 000 being received to date.

“The excitement for Black Label is being able to put the power to choose the ultimate Champion Team in the hands of our champion fans, basically making their ‘fantasy team’ dreams come true. And they have responded,” he said.

“We are thrilled that Kenya have accepted an invitation to be the opponents – we’ve seen how brilliant and exciting they have been on the Sevens circuit and we’re looking forward to having our Champion Team tested by them over 80 minutes.”

Fans still have time to vote for the Carling Curie Cup players they want to see featured in the Champion team. There are several ways to vote, once fans have their hands on a promotional Carling Black Label 500ml can or 750ml bottle:

Every third vote gives fans a bonus vote and every vote has a chance of winning airtime. Black Label is also encouraging the fans to stay tuned to Carling Black Label’s Twitter or Facebook channels for additional special unique codes that they can use to ‘Choose Your Champion Team’.

As the match falls in the international window and a break in the Vodacom United Rugby Championship, players from the four teams competing in the tournament are also available for selection.

“We’re delighted that our friends from Kenya have accepted the invitation,” said Jurie Roux, CEO of SA Rugby.

“The pandemic and our inclusion in the Vodacom United Rugby Championship presented a few challenges and it has been a Champion effort all round to arrive at this day. It’s great to have a fellow African rugby nation marking the inauguration of an event that we hope to see grow as the calendar settles down and fans return in due course.”

Fans were advised that the next major announcement would see the unveiling of the Champion Team coaching and management line-up.