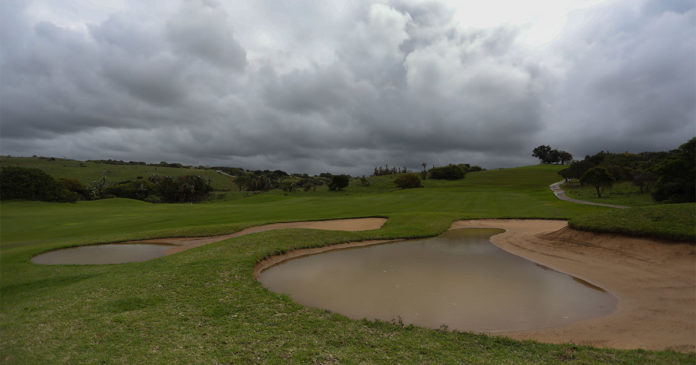 Rain continued to fall on the already waterlogged Wild Coast Sun Country Club course overnight and with no play possible on Thursday, the Sunshine Tour took the decision to cancel the SunBet Challenge instead of trying to ram the tournament into an ever-decreasing window of better weather.

The event was originally scheduled to run from Wednesday to Friday, but the first round was postponed to Thursday due to heavy rain on the Wild Coast causing the course to be waterlogged and the tournament extended to Saturday.

At least five holes were still unplayable on Thursday and, with more rain forecast, playing a shortened tournament would amount to an unfair contest for certain golfers.

“There’s been no improvement since yesterday, there is still standing water on the course, the bunkers are full of water despite us pumping it out and in some fairways there is nowhere to drop the ball. So it’s unplayable for the same reasons as Wednesday and it would not be golf if we were to play. The rain just has nowhere to go because the water table is so high,” tournament director Gary Todd said on Thursday morning.