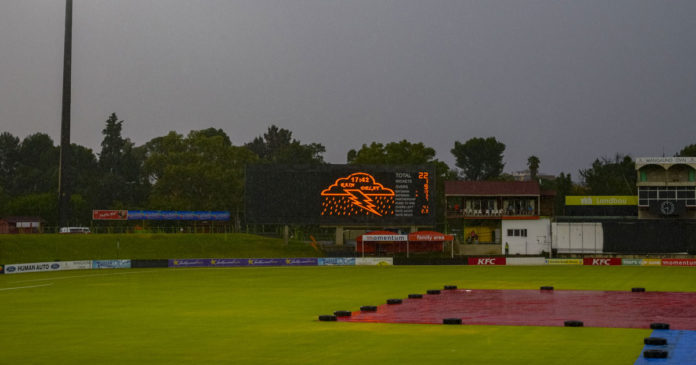 The Imperial Lions saw their hopes of ending top of the Momentum One-Day Cup table ended on Tuesday after their penultimate regular season clash against the VKB Knights was abandoned due to rain in Bloemfontein.

The visitors needed to win the game to have any chance of bumping the Hollywoodbets Dolphins off the number one position – and with it earning the right to host the final should they get there.

However, weather had the final say, although even if they did play more than the 42.2 overs that were possible, their victory chances looked slim following a poor batting display.

The best the Lions can now hope for is to finish second and host one of the two last-four encounters as their 24 points is too far behind the Dolphins (30).

The two log points gained by the Knights, meanwhile, means they stay fourth on 17 points, but know they will have to beat defending champions the Momentum Multiply Titans (14) in their final game to guarantee progress. The Warriors (19) presently occupy third place.

The game itself at the Mangaung Oval saw the hosts dominate as they had the visitors in trouble at 188 for seven after winning the toss and bowling, before persistent rain ended proceedings.

Almost all the bowlers impressed, with Shaun von Berg the pick of them with two for 43 in 10 overs.

The lanky Marco Jansen had one for 21, Mbulelo Budaza one for 27 and Patrick Kruger the same numbers as the latter.

Ryan Rickelton top-scored for the Lions with 62 (68 balls, 6 fours) and Dominic Hendricks struck 48. There was also a noteworthy 23 by Wiaan Mulder on his return from injury.