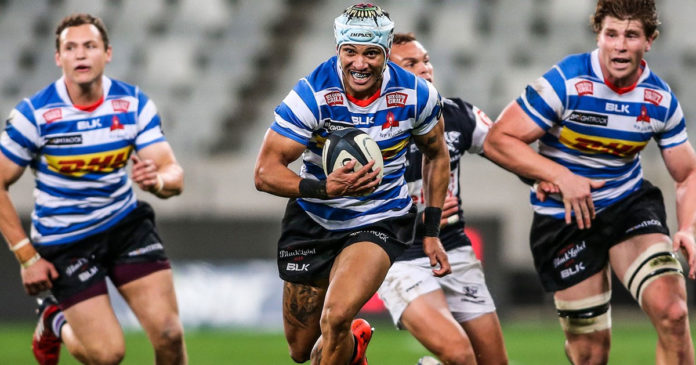 DHL Western Province will look to consolidate their spot at the top of the Carling Currie Cup Premier Division standings this week as the competition starts to pick up steam, and with no unbeaten teams remaining.

The Capetonians have won two of their first three matches and host Tafel Lager Griquas at Cape Town Stadium on Wednesday afternoon in a match that could put some daylight between the men in the hooped jerseys and the chasing pack.

But DHL WP will have taken notice of Friday’s action, with the New Nation Pumas moving up to second spot on the log courtesy of a win over the men from the Northern Cape, who showed they will be no pushovers this season.

In the Carling Currie Cup First Division, Eastern Province got their first win of the season and caused a minor upset by beating the Boland Kavaliers in Despatch, while the Valke recorded their second win on the trot in a nail-biter over the Leopards in Brakpan.

The New Nation Pumas closed out the third round of the Carling Currie Cup with a tense 26-22 win over Tafel Lager Griquas in Nelspruit on Friday afternoon.

Having traded wins and losses in their respective opening fixtures, both teams were determined to break out of 50% territory, and it was the hosts’ powerful pack that primarily got them over the hump in a hard-fought affair played in perfect conditions.

The New Nation Pumas had undone much of their good work when they mentally clocked out in the final stages of the first half and tapered off again in the final quarter with Tafel Lager Griquas coming on strong.

However, they stood up when it mattered most in the final five minutes to get back in the win column following their away loss to the Vodacom Bulls last week.

DHL Western Province will be looking to make it two from two at their Cape Town Stadium home when Tafel Lager Griquas make the long trek south to the Mother City on Wednesday.

The last time the men from Kimberley played in Cape Town, was in a Carling Currie Cup clash on Boxing Day, when a Springbok-laden DHL WP won by 34-17, with Bongi Mbonambi scoring two tries.

But Tafel Lager Griquas will be buoyed by their recent victory over the Toyota Cheetahs, while they pushed the New Nation Pumas hard in Nelspruit on Friday.

The Down Touch Griffons are still setting the pace in the Carling Currie Cup First Division, leading the standings with 14 points, with the Leopards (second on 11) and Valke (third on 10) leading the chasing pack.

The Leopards had a great opportunity to take the win on Friday, but a late converted try by Valentino Wellman, followed by a penalty goal by Anrich Richter, secured the win for the men from the East Rand.

On Saturday in Despatch, Eastern Province were too hot to handle for the Boland Kavaliers and scored four tries on the way to a 25-10 win, with Diego Williams crossing twice for the Elephants, whose first win of the season shot them into fourth spot on the log.